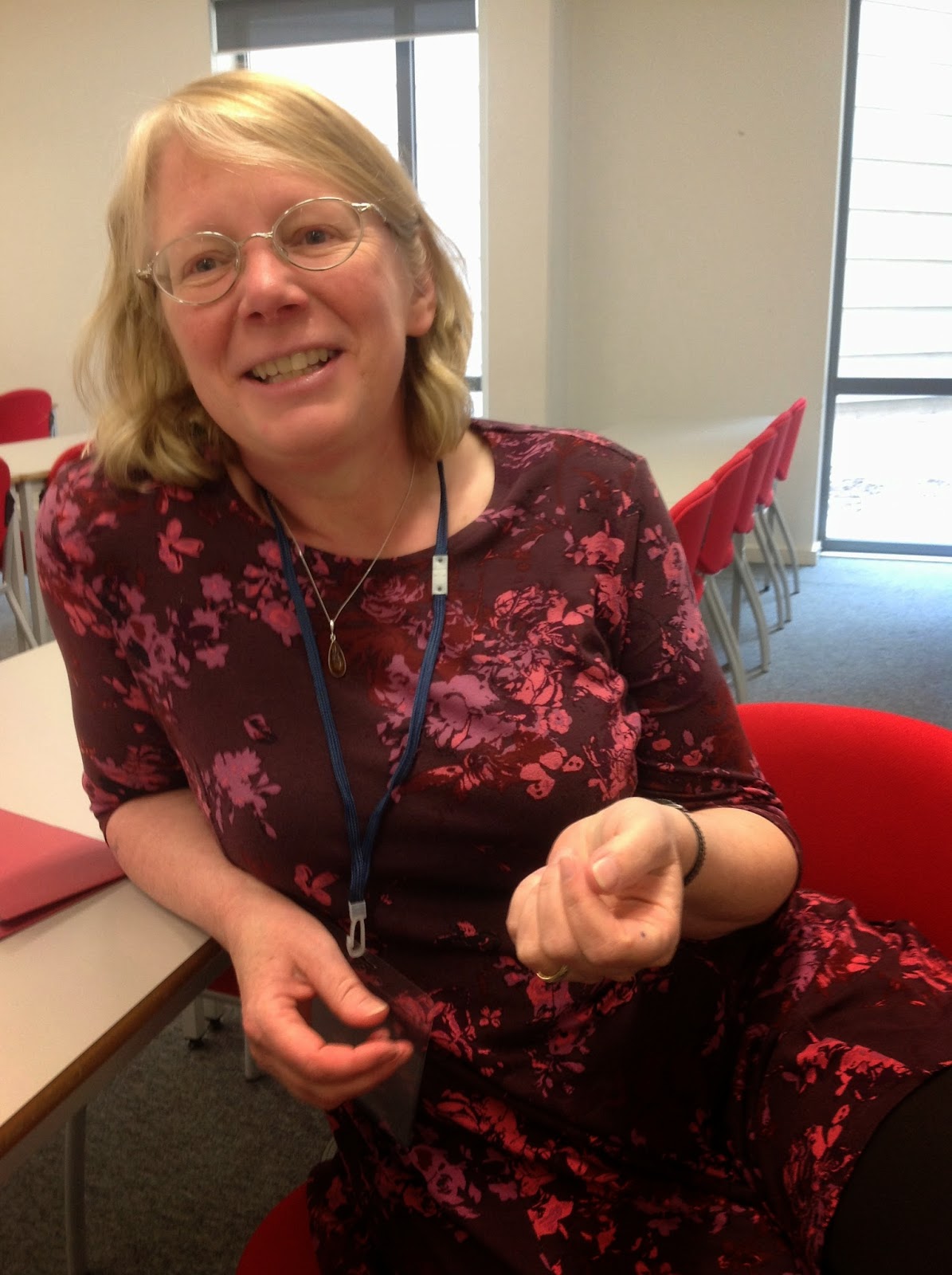 Having taught hundreds of undergraduates over the years, Mary Williams was constantly frustrated by how few of them decided to study plants rather than animals or medical sciences. In 2009, she took on the challenge of writing the Teaching Tools in Plant Biology – an educational output of The Plant Cell Journal. This provides up-to-date, reviewed and downloadable teaching resources that allow University lecturers to integrate the most cutting-edge plant science research into their lesson plans. I caught up with her at the Annual Meeting of the Society of Experimental Biology to hear her views on the best ways to engage young people with plants.

Please describe your own journey within Plant Science

I did a regular PhD and PostDoc in Plant Science and as I was finishing my PostDoc, I got interested in spending more time teaching. I took a position at what’s called a “Primarily Undergraduate Institution” (Harvey Mudd College) which in America is like a Liberal Arts College where students can get their undergraduate degree but they go elsewhere for their PhD. The nice thing about these places is that the faculty are encouraged to be innovative and put a lot of time and effort into their teaching. So, as opposed to teaching being a sort of “add-on” to your really important work in research, it’s actually a very valuable part of what a faculty member there does. They actually prioritise excellence in teaching over excellence in research which is pretty interesting, but that’s because these institutes are set up to specialise in undergraduate education. However, I felt that, although I was a really good teacher, we always had very small numbers of students interested in plants. I always found that frustrating because you can stand on your head and do cartwheels and say “Aren’t plants amazing?” and all the students say “Yes BUT…we’re interested in dementia and cancer!”
I was there for thirteen years and actually lots of different things happened including that I got married to a Scottish man! We were discussing if he would move to California or I would move to Scotland. At the time, the Journal that I worked for – The Plant Cell – had been exploring the idea of introducing an educational component to the journal. They envisaged a thing called “Teaching Tools in Plant Biology” and offered me the role of Editor. I was really excited by this for several reasons – one of which was that it would allow me to move to Scotland and continue to do something I really enjoyed! I was very keen on using my interest in education in trying to broaden the impact I was having beyond a small number of students to try and see if there was a way to disseminate plant science education more broadly.

Can you describe the Teaching Tools in Plant Biology?

These articles are written for distribution around the world and are used very broadly around the world. I write articles to try and bring the excitement of plant science research to undergraduates. They draw on current research as a starting point and they simplify it and interpret it so that students can see that plant science is very exciting and important. It’s a little different to starting with photosynthesis and saying “You’ve already seen this in high school, now we’re going to teach you as a University student.” We try and think of what things will get students really excited about plant science, how can we do it a little differently so they are motivated to learn it effectively as undergraduates and maybe even pursue it. There is an image that’s very pervasive in a lot of primary and secondary schools that plant science is boring. When students go into their biology class, there’s a jumping mouse and a plant and unless the plant’s a Venus Flytrap they don’t engage with it in the same way. We who appreciate plants and how sophisticated they are, we can look behind the surface and we’re aware of the amazing biochemistry that’s going on…but for kids who don’t know anything about that, they just see something which might as well be plastic - it seems inanimate.

So how can we get children and young people excited about plants?

Time-lapse movies that people make and put on YouTube are very good because you can see, for example, a plant spinning around as its trying to find a place for its tendrils to grasp…people are amazed to see how active a plant is, they can suddenly see that it’s alive!
There’s also a garden in Montreal, Montreal Botanic Garden, which was designed for sight impaired people and it’s a collection of plants which have particular qualities of either texture and smell. They let blind children touch the plants, get the oils on their hands and smell them… I think that’s such an interesting way of getting people to be more aware of plants by asking them to touch and smell them. So they’ve got kids experiencing plants in a different way to what we’re used to.

How can we get more adults interested in plant science?

For me the biggest problem plant scientists have right now is this GMO issue. When you say to someone “I do plant genetics”, it’s almost always the first thing out of their mouths: “You don’t do that GMO stuff, do you?” We’ve built this black hole of public relations that is really difficult to get out of. You can say “Yes but, there’s Golden Rice and that’s a very high-nutrient substance that can alleviate disease…” and they say “I don’t like Monsanto!” so you end up in this downward spiral when you try to talk to people about plant research. People seem to be much more accepting of the role of science in health and medicine than they are in food. It seems that the harder plant scientists try to talk to people about what they do, the worse it gets.

How successful have the Teaching Tools in Plant Biology been so far?

The number of downloads is constantly increasing. It’s a young enough project so that people are still discovering it. When I go to a conference, I talk to a lot of people who find them incredibly helpful when they’re teaching, particularly for younger people who are moving into teaching – they can find a resource that’s ready to use as a starting point. The fact that there is primary research, pretty pictures and simple explanations makes it a nice way to build your own teaching – we envision these as a level in-between a text book and a review article so it’s particularly well suited for more advanced undergraduates. Graduate students also use these a lot for self-teaching, so when they find out that they’re going to start teaching about cytokinin, or even start researching about it, they find these are a very easy entry point for building their knowledge. Everything we’ve seen says they’ve been very successful in helping people teach and learn about plant science in a new way.
For more information about the Teaching Tools in Plant Biology, please see http://www.plantcell.org/site/teachingtools/
Posted by Searching for Content at 10:13